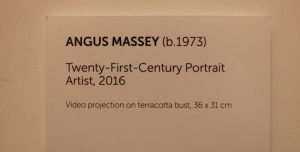 My portrait of Douglas Gordon, ’21st Century Portrait Artist’ has been shortlisted in the Hennessy Portrait Prize 2016. 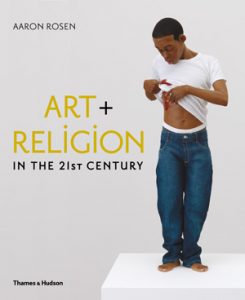 I am happy to be included in this new book, Art and Religion in the 21st Century. Written by Aaron Rosen Lecturer in Sacred Traditions and Art at Kings College London and published by Thames and Hudson the book includes work by Ai Wei Wei, Chris Ofili, Jacqueline Nichols and more.

“The relationship between art and religion has been long, complex, and often conflicted, and it has given rise to many of the greatest works in the history of art. Artists today continue to reflect seriously upon religious traditions, themes, and institutions, suggesting a new approach to spirituality that is more considered than confrontational.

Art & Religion in the 21st Century is the first in-depth study to survey an international roster of artists who use their work to explore religion’s cultural, social, political, and psychological impact on today’s world. An introduction outlines the debates and controversies that the art/religion connection has precipitated throughout history. Each of the book’s ten chapters introduces a theme—ideas of the Creation, the figure of Jesus, the sublime, wonder, diaspora and exile, religious and political conflict, ritual practice, mourning and monumentalizing, and spiritual “dwelling” in the body and in space—followed by a selection of works of art that illustrates that theme. Artists discussed include Vanessa Beecroft, Maurizio Cattelan, Makoto Fujimura, David LaChapelle, Annette Messager, Jason Rhoades, Andres Serrano, and Zeng Fanzhi.”